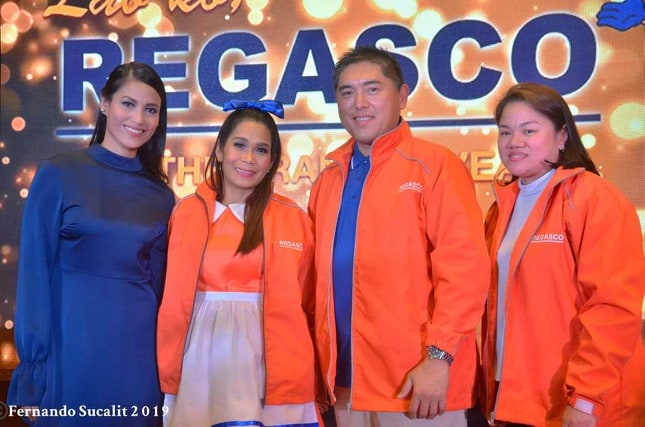 Finally, it can be told. Comedy actress Pokwang is Regasco’s first celebrity endorser. Marietta Subong in real life, Pokwang was finally revealed to the public as Regasco’s endorser last October 23. According to Regasco, Pokwang is the perfect personality to endorse the brand since she is widely known to truly love cooking.

Regasco believes that Pokwang’s role as a doting mother and wife is something their target market can resonate with. The Kapamilya star is has two daughters – Mae and Malia and the wife of American actor Lee O’Brian.

Pokwang loves cooking for her loved ones during her free time and she’s been known to whip up mouth-watering dishes. Apart from her new role as Regasco endorser, Pokwang is slated to open “Kusina ni Mamang at Papang”, her new restaurant in Antipolo next year. The restaurant will serve Filipino cuisine and will feature Pokwang’s tried and tested recipes.

Regasco’s partnership with Pokwang will last for three years.  A lot of exciting plans are in store, in accordance with the campaign’s aim to boost Regasco’s reputation as the country’s leading LPG.

“Pokwang was very cooperative and easy to work with during the series of shoots for the campaign, not to mention her being punctual on the set.  There’s no doubt for a possible renewal of her contract,” said Regasco big boss Anette Ty.